IN IT FOR THE LONG RUN

Freeport High School’s new track and field complex was over 15 years in the making, so it’s only fitting that it’s named after local hero Joan Benoit Samuelson, gold-medalist in the first-ever Olympic Women’s Marathon. Just like Benoit Samuelson, who is still running and inspiring others decades later, this new facility, with its high-performance track and AstroTurf NRG field system, will be a celebrated addition to the community for years to come.

With an eight-lane, competition-legal running track and large field suitable for soccer, lacrosse, field hockey and football, the Joan Benoit Samuelson Track & Field isn’t just a much-needed addition to Freeport’s competitive athletics, it’s a centerpiece of a new community wellness program. That’s all going to add up to many years of intense and varied use, but with its resilient track surface and NRG turf field surface, both featuring Nike Grind infill, this facility is up to the challenge.

“This new facility means that high school students in and around Freeport can compete at the highest levels and actually host competitions instead of always being the guests at meets. And, given this community’s strong environmental values, it just makes sense that this high-performance facility uses Nike Grind.” 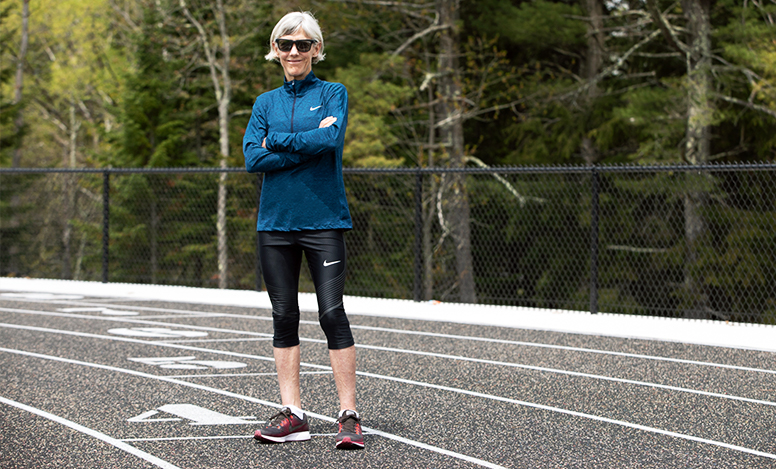 As the inventors of synthetic turf, AstroTurf consistently creates fields designed to look great, provide excellent traction and stand the test of time. The groundbreaking NRG system, a member of the Green Series, features an advanced turf profile. With a dense fiber matrix, an advanced RootZone® infill stabilization system and Nike Grind infill, the NRG system is the next step in turf design.